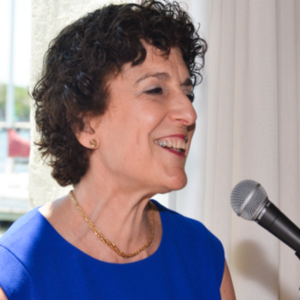 You Gotta Believe board member, Fundraising consultant and career coach

An Open Letter from You Gotta Believe Board Member, Robin Rosenbluth

I read with much sadness the story the NYT posted entitled, What Happens to Some L.G.B.T.Q. Teens When Their Parents Reject Them. The article highlighted the tragic way that parents reject their own offspring, the circumstances that keep too many of these young people confined to residential programs or multiple foster families, living without the parental love all children need.

While the story focused on the need for families to accept LGBTQI kids, it did not reflect the significant number of LGBTQI adults who want to foster and then adopt these young adults. It is important to recognize that New York is one of the twenty-five states that has a state statute, regulation, and/or agency policy that prohibits discrimination in foster care based on sexual orientation and gender identity. Eleven states currently permit state-licensed child welfare agencies to refuse to place and provide services to children and families, including LGBTQ people and same-sex couples, if doing so conflicts with their religious beliefs.*

As a former foster child and now a lesbian mother of two children I raised with my wife of thirty-seven years, I know that we all need love, and we all thrive best when we have family support. I am privileged to serve on the board of You Gotta Believe, a New York-based non-profit that specializes in finding permanent families for young adults, teens, and pre-teens in foster care.  Every child deserves a loving, devoted family, and too many teens age out of the system without the love they need, facing outcomes that may include homelessness, poverty, and jail.  YGB connects children – including many LGBTQI children – to a permanent, loving family knowing in advance that the goal of foster care placement is that every child who cannot be reunited with their family (as is the case with so many LGBTQI kids) be connected to a loving, committed parent, which changes the lives of LGBTQI kids forever because there is always someone who has their backs.

More than 15% of our families who adopt at You Gotta Believe: Adopting Older Kids and Youth are LGBTQI, and we have placed an estimated 15% of LGBTQI kids over the years. There are so many success stories, like Carlos and His Dads. While many of the LGBTQI kids are placed with same-sex couples or single LGBTQI people, many LGBTQI folks adopt straight kids as well, as in Anni’s Story.  As the expression goes, “love makes a family,” and that is what You Gotta Believe delivers and that is the way to make the lives of our LGBTQI youth in the foster care system have a healthier and safer outcome in life.